As a young girl studying classical piano, I fell in love with Claude Debussy and his music, especially the beautiful piece, Reverie.

Debussy is considered the most important French composer of the late 19th and early 20th centuries. His compositions revolutionized music and became the foundation for what is known as impressionism.

Debussy hated the term. He once wrote:

“I am trying to do something different — in a way, realities — what the idiots call `Impressionism,’ a term used as badly as possible.”

But what is impressionism and how did it begin? 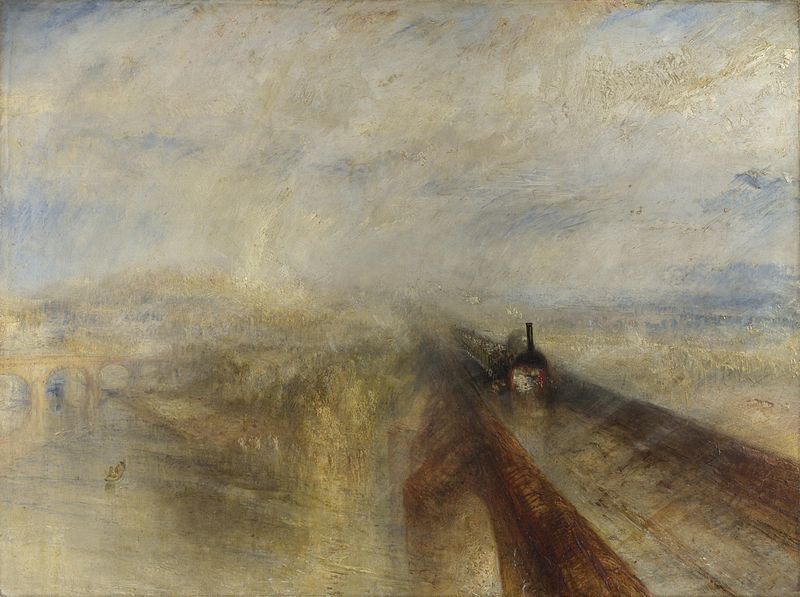 One critic called Turner’s work ” a picture of nothing.” Another referred to it as “tinted steam.” Debussy, however, praised Turner, calling him “the finest creator of mystery in art.”

Without doubt, mystery does play a key role in good impressionist art. Just as with Debussy’s music, we find a dreamlike world with shimmering hues, blurred outlines, and luminous shapes. We see imaginative landscapes that can take us to places that only exist in emotions and feelings.

Even when depicting something very real and tangible — as Turner did in his railway painting — there is something deeper and more meaningful hidden within the vague impressions he painted. Impressionism appeals to us, perhaps, because it allows us to understand art a very personal level. We’re not shown everything but are, instead, given subtle hints. The painting speaks directly to us so that our experience with and connection to the work becomes a highly personal one.

Another painting of Turner’s is this: 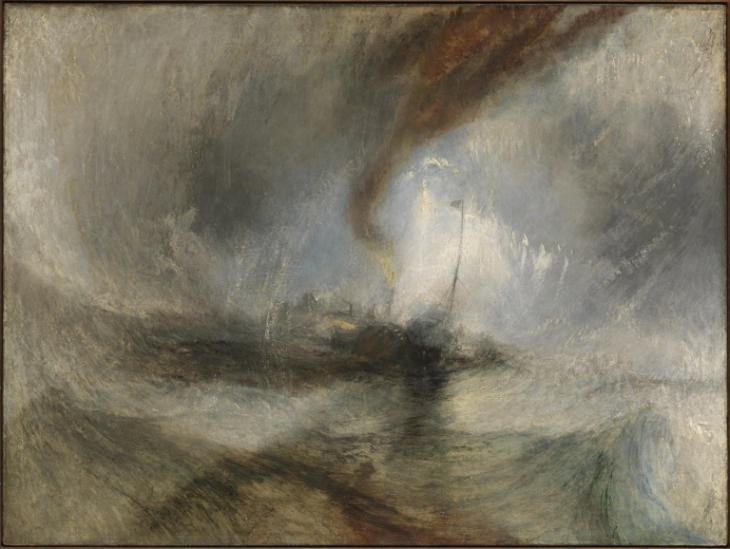 You may be familiar with the painting as it is one of Turner’s most popular works, but if you’re not…can you tell what’s depicted here? Without knowing the title, what are your thoughts and feelings?

As I’m exploring impressionism more in art, my ideas toward it are changing, a fact brought about, I think, from the hours I’ve been spending at the piano, reacquainting myself with Debussy and Ravel, playing their piano pieces, and also listening to works by other impressionist composers, including modern-day impressionists such as Toru Takemitsu and Yann Tiersen.

Whereas I once believed an artist’s message — or vision — should be conveyed clearly enough for any viewer to immediately see and understand it, I’ve now come to think that the real meaning of any work of art — not only visual art, but in music, dance, story-telling, poetry, sculpture and any other art form that exists — has little to do with the artist and everything to do with the recipient.

Since beginning to paint, I’ve always felt compelled to explain my landscapes, to talk about my feelings, my memories, my thoughts and intentions about the work. I’ve focused only on myself, and while all of my personal experiences are important to my expression in art, they cease to have real value once a work is finished. It then becomes a work for others to experience. It is what others think and feel that is paramount, and that’s how it should be.

If I create a work of art that can only be interpreted in a single way, I’ve done the viewer a disservice, I’ve cheated the viewer of the opportunity to explore the painting from his or her own personal perspective.

It’s been a somewhat mind-boggling, eye-opening change in my thinking, and as I’ve learned more about the beginnings of the Impressionist movement in art, I am finding a new sense of impressionism stirring within myself.

By the way, a very interesting discussion on Rain, Steam, and Speed can be found here:

I love finding new freedom in art, new opportunities to involve my imagination more in the creative process. I am excited to see how these new thoughts and feelings become part of my landscape art.