My morning drawing practice was interesting. Not too hard, but not too easy. It was centered around values — using five tones for shading.

The exercise came directly from Drawing Dimension: Shading Techniques by Catherine Holmes. The book is free for download from Amazon if you have a Kindle Unlimited account.

After first creating a value scale using only 5 tones, the exercise goes on to use those 5 tones in a portrait. The author has provided a photograph of her father as a young serviceman. She then discusses the five tones, learning to observe the shapes they form, and for this exercise she suggests creating a “paint-by-number” illustration to identify and mark each separate tone. She then shows an “outline drawing” of the various tonal shapes.

I didn’t follow the instructions exactly because I wasn’t able to print out a good quality copy of her “paint-by-number” illustration. It would have been helpful for me to have actually marked the different shades before I started working.

I was able to print out her outline drawing — although in a small format which made it challenging to work with. The outline was extremely light, and in some places it was all but impossible for me to see the various shapes. This was especially true in the eye area.

Following her suggestion, I started with the darkest areas first, then progressed toward the light — white — areas. Here are the 5 tones and the pencils she recommends:

Note that there is no blending done in this exercise. The purpose is primarily to train the eye to see the variances between these different tones.

Here is the drawing I completed using her pre-made outline: 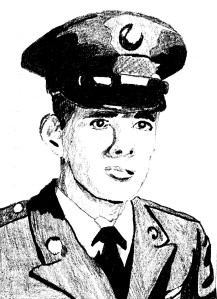 It was hard for me to distinguish between the dark gray and medium gray areas in the photograph, even in the “paint by number” version — which is essentially a posterized version of the photo.

The hardest thing for me is keeping a consistent pressure while shading, and most of my marks still tend to go in half a dozen different directions. I plan to repeat this exercise many times using various photos of my own, or reference photos I find online.

Here’s how to create a posterized image from a photograph.

If you wish to use your own image, you will need photo editing software to simplify your photo. Choose a high-contrast picture that has rich, dark tones and crisp, light tones. I scanned my photo into Photoshop and placed it into a document that was 8.5 x 11.

Select your image then go to Filter > Adjustments > Posterize. Move the pop-up slider to five levels and click OK. Save your work and print a copy to use. Posterizing is a quick and easy way to simplify tones.

If you don’t have a photo editing program, you can also use Microsoft Word.

Go to the “Insert” tab and click “Picture” from the menu. Double click on the picture until the “Picture Tools” tab appears at the top of the screen. Click on the “Corrections” tab and go to the bottom of that menu to “Picture Corrections Options.” This will open a pop-up menu. Change the contrast slider to read “100%” then click on “Picture Color.” Change the saturation to read “100%.” Change the temperature to 7,000. Recolor the image to grayscale (second option under presets). Adjust the other sliders (except sharpness) as needed until the image has five tones.

Eager to try this process out, I searched around and found a photo with a lot of black and white contrasts. I then tried following the instructions using Microsoft Word (the left image) and GIMP (the right image).

The next step in the exercise was to transfer the image to my drawing paper. I used a sheet of graphite paper and did my best to outline the different shapes formed by the changing values. Although the photo appeared to have few distinct values — to my husband’s eyes, it was simply black and white — a closer observation shows that there are, indeed, five distinct tones. My graphite tracing isn’t exact. I struggled with tiny details such as the shoe buckle. For a five-tone shading exercise I think it’s suitable. 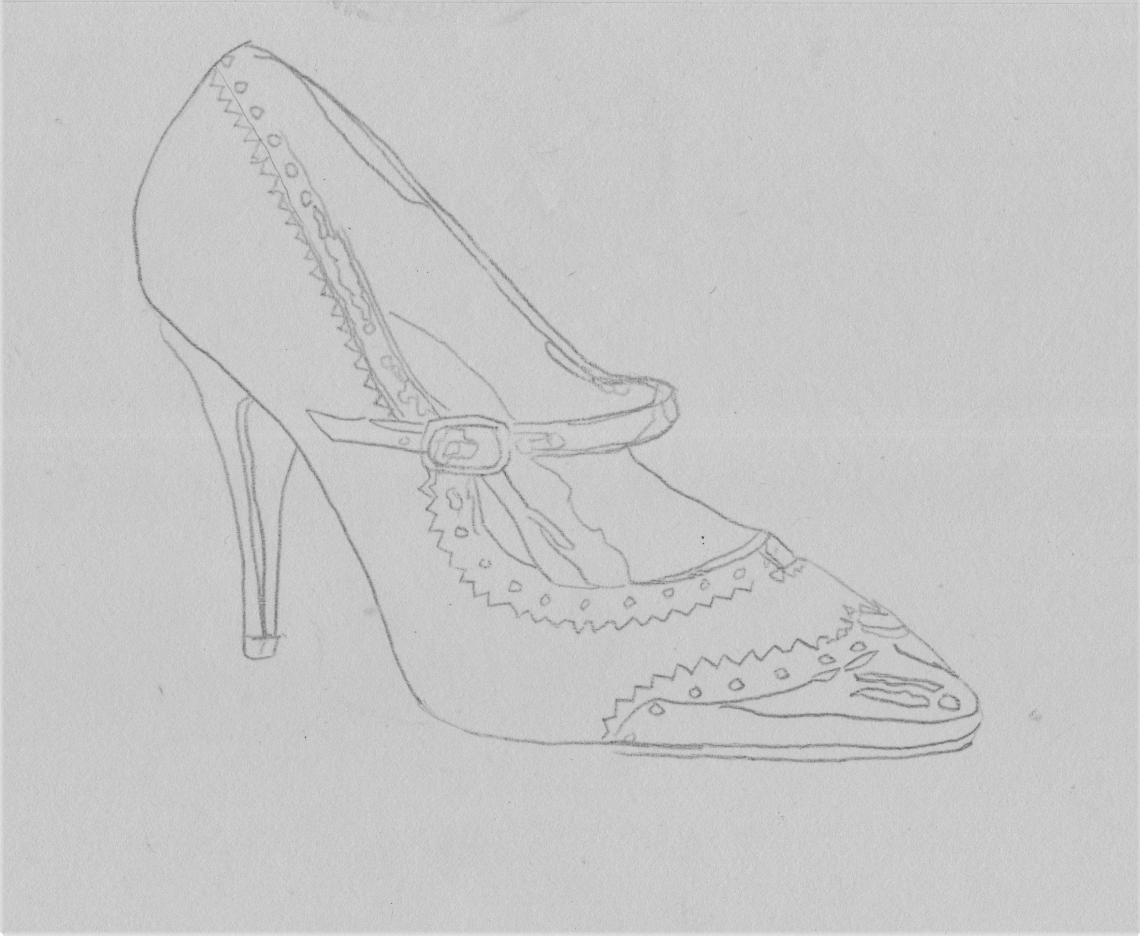 Next step was attempting to identify the different values. Some areas — the darks — are easy to see. As the darkest dark turns to dark gray, though, it becomes a little trickier. Identifying the various grays — light, medium, and dark — takes careful observation, and for me, that’s what this exercise is all about.

And then it was time to shade this drawing. I started with those dark areas, and gradually made my way through the five-tone value scale until I had only the light (white) areas remaining. 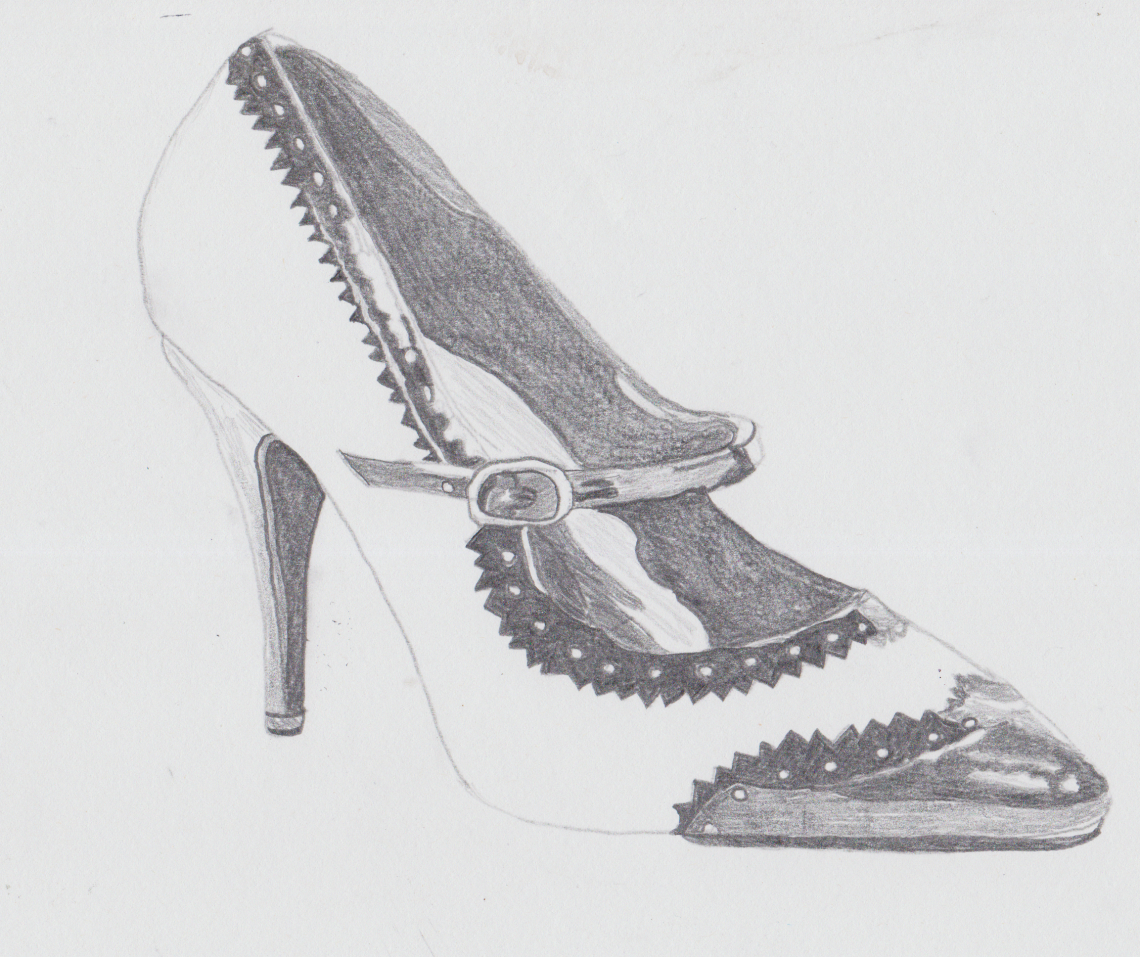 I was quite pleased with the results. I can see flaws — places where I didn’t get the shading quite right, places where maybe I missed a bit here and there — but I also see places I like. I love the way the reflections of the light at the toe came out.

I enjoyed doing this exercise for a lot of reasons.

All in all, I feel it’s been a productive morning. I found this 5-tone shading exercise to be a lot of fun, and I’m sure all I’ve learned will help me as I continue my efforts to improve my drawing — and shading — abilities.

If you’ve ever questioned the values in your drawings, or if you just want to do something fun during your drawing time, I highly recommend this 5-tone shading exercise.