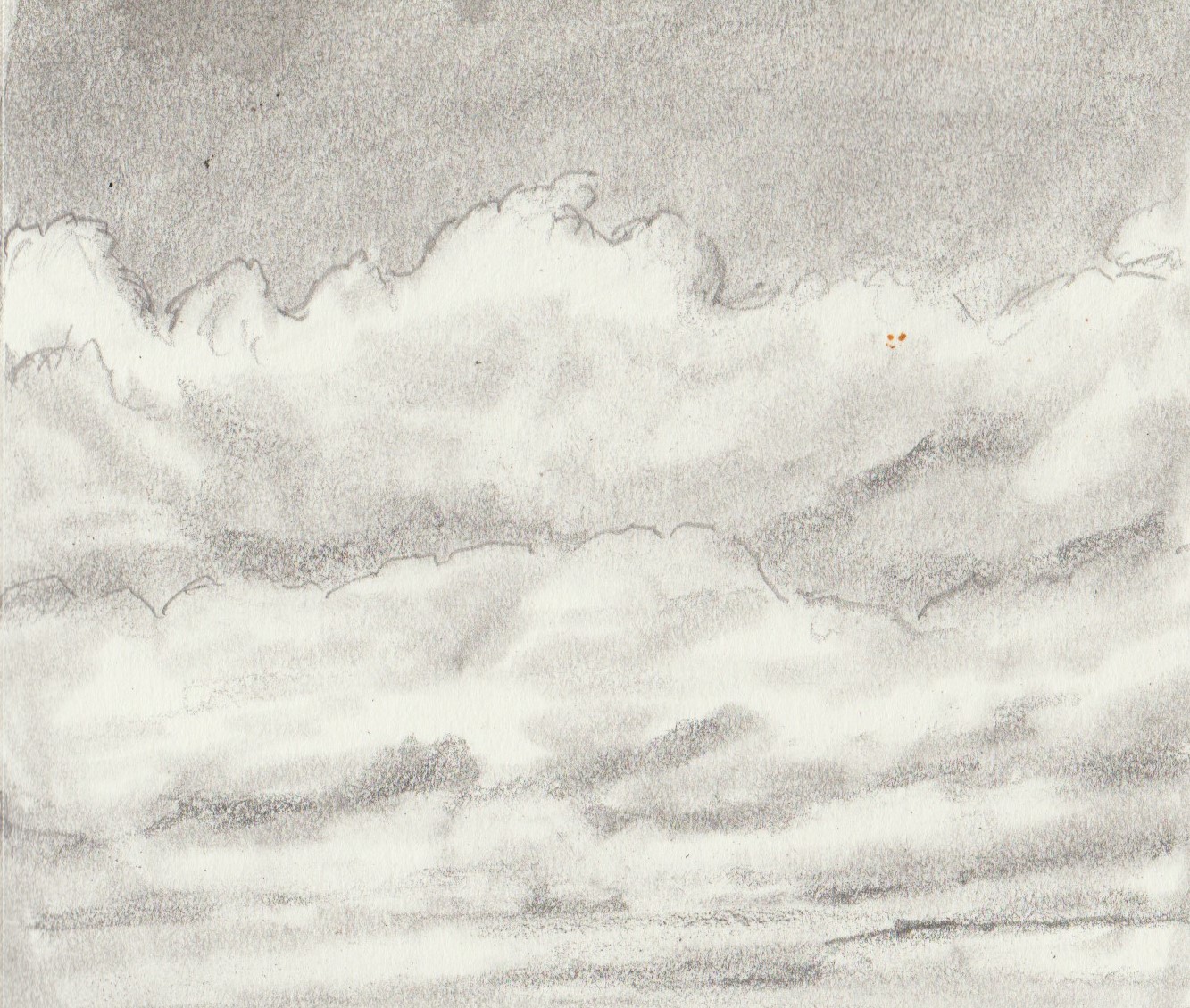 This drawing marks a bit of a first for me. While I’ve painted many skies — with and without clouds — I’ve never known how to draw clouds with graphite. Any previous attempts I’ve made were too laughable to even keep.

This skyscape could definitely be better, but drawing it made me happy. My clouds look like clouds, don’t you think?

What makes drawing clouds in graphite landscapes such a challenge is that the basic shapes are drawn in first and then the sky area must be shaded. Some additional shading can be added to show the various cloud shapes, but most importantly of all, the contrast between sky and cloud has to be there.

My shading techniques aren’t good, but I was able to create the effect of stormy clouds in a hazy gray sky. I used an HB pencil, a B pencil, and a 4B pencil. I also used an eraser to lift off the graphite in places.

So, looks like my memory is a bit mixed-up, but that’s all right. I’m happy with my gray skies drawing, and I’ll go along singing my song any way I want!