In the midst of all my colorful studies with oil paints and watercolors, I’m looking today at a few very stark, very somber drawings in black and white. These are works by German artist Kathe Kollwitz, and they clearly demonstrate how powerful the art of drawing can be. 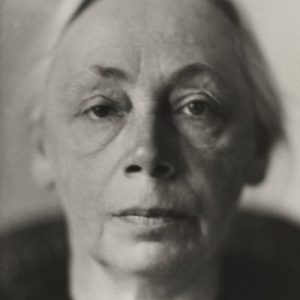 I was introduced to Kollwitz through Bert Dodson’s Keys to Drawing. He speaks of our “hand-writing” as artists and shows examples of different drawing styles from various artists. I was familiar with the artists he presented, except for Kollwitz. So, I was off to the internet for a bit of browsing. I was rewarded with a glimpse into the past, knowledge about women in the arts, and moving examples of the emotional content an artist can convey through simple lines, shapes, and forms.

From the Metropolitan Museum of Modern Art:

Born in the Prussian city of Königsberg (now Kaliningrad, Russia) in 1867, Käthe Kollwitz established herself in an art world dominated by men by developing an aesthetic vision centered on women and the working class. Her representations of women, including her frequent self-portraits, effectively communicated her subjects’ predicaments during a period when women were still negotiating ways to represent themselves in the arts.

While her naturalistic style appeared out of touch in an era that witnessed the birth of abstraction, her depictions of universal human experiences, given depth and emotional power through her dense networks of lines and light and dark contrasts, were also reflective of her time. The loss of her son during World War I, for instance, led to a lifelong exploration of the subject of mourning. She also found many of her motifs in her husband’s medical clinic for workers and people in need, where she also kept her studio.

Kathe Schmidt (her birth name) trained first as a painter, but in 1888 while at the Women’s Art School in Munich, she decided to focus more on drawing. She married a medical student, Karl Kollwitz. In time, he became a doctor who dedicated himself to helping the poor. This service reflected strongly in Kollwitz’s work.

The motifs I was able to select from this milieu (the workers’ lives) offered me, in a simple and forthright way, what I discovered to be beautiful…. People from the bourgeois sphere were altogether without appeal or interest. All middle-class life seemed pedantic to me. On the other hand, I felt the proletariat had guts. It was not until much later…when I got to know the women who would come to my husband for help, and incidentally also to me, that I was powerfully moved by the fate of the proletariat and everything connected with its way of life…. But what I would like to emphasize once more is that compassion and commiseration were at first of very little importance in attracting me to the representation of proletarian life; what mattered was simply that I found it beautiful.

It seems odd, perhaps, to think of seeing beauty in hardship, suffering, and death. This, in time, led to her own strong emotions and deep compassion for the sorrow of others. Following the loss of her son Peter in the war, she fell into a deep depression that continued throughout her life. It has also been suggested that she suffered from dysmetropia, also known as “Alice in Wonderland” syndrome, a neurological disorder that often results in distorted perceptions.

Kollwitz made many self-portraits over the years. often choosing to depict herself as isolated with white paper surrounding her image, as seen in this 1924 drawing of herself.

In many of her drawings, hands are prominent, taking on expressive qualities, such as in this illustration where the face is mostly hidden from view.

Hands are prominent, too, in this drawing, another self-portrait, this one from 1910.

Perhaps her most famous work is her etching of a mother and dead child. Kollwitz wrote, “I want to have an effect on my time, in which human beings are so confused and in need of help.”

The Metropolitan Museum of Modern Art says this about Kollwitz and her art:

These words stopped me and made me think about my own feelings toward art as a social voice. It is easy to create “beautiful art” when we focus on the beauty in the world. How much more challenging it is to create art from what most of us would consider the ugly, unwanted parts of life. How inspiring to use one’s gifts to bring awareness to the sorrow and suffering of the world.

I think it would be very difficult to deal with these hardships through art, to re-create scenes of poverty, grief, and despair without being touched by sadness. Viewing the work of Kathe Kollwitz teaches me that good art is a reflection of life, and life certainly is not all beautiful. While these are not themes I would choose to work with in my drawings or paintings, I am grateful for artists like Kollwitz who draw inspiration from all of life, and by doing so create powerful works that affect everyone who views them.